There are many different dialects in Sweden, some nicer than others. Some of them is so hard to understand, that not even other swedes understand it. Some small communities speak a dialect that is like a whole other language and no one outside of that community understand it. They probably have their own language too – well, dialect of course. One example, and probably the hardest one is ‘Älvdalska’. It is spoken in a small place in Dalarna, called ‘Älvdalen’.

Robert Gustafsson is a Swedish actor and comedian, known for his great range of voices and accents. He has been called the funniest man in Sweden many times. Not only does he imitate voices and accents, he is often seen playing characters with highly exaggerated personalities.
Some of you might know the Swedish motorcycle speedway driver Tony Rickardsson. One might say that we have two of him, one in the shape of Robert Gustafsson.

In this clip you can hear him imitate Swedish dialects all the way from Luleå in the north to Malmö in the south. Do not miss out on the part when he tell us about Tony Rickardsson from Avesta, of course in the right kind of ‘Dalmål’, that you speak in Avesta.

Can you get it right? 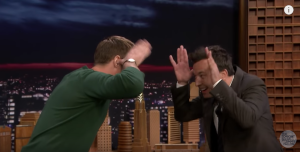