Lennart Björk lives in Lapland (the north of Sweden) and has two pet moose calves in the area of his house. It was one spring day when an elk cow came to his yard to birth her calves. Something scared her and she run away, leaving her new-born’s behind. Lennart waited for her to come back for them, but when 36 hours had passed and he hadn’t seen her he decided to feed the calves. They survived and became his babies.

When the police heard about this, they thought the best thing was to come and kill them, which in our opinion was a cruel decision. Of course, Lennart thought so as well and he let the calves out in the woods so that the police would not find them. As we can see the plan worked and Lennart still has his pets, one year later.
They are getting bigger and that makes it more complicated, but Lennart feels confident as long as people sticks to the rules of not shooting young elks.

The siblings love their human and comes to him as soon as he calls them. Well of course, as he feeds them, you might think. But he even sits down with them, side by side, and talks to them which they really enjoy. They just don’t want to get up. Pretty amazing, don’t you think? 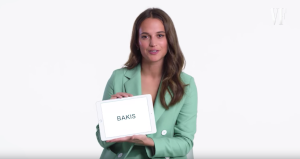 How to celebrate midsummer and Kräftskiva.

Winner of the 2015 Eurovision Song Contest