Do you remember the young man entering the TV-screen one Friday evening in 2014? He was dressed in ‘Folkdräkt’ (traditional Swedish costume) and looked like a shy little boy. He started yoiking and all swedes fell in love. It is hard to think that even one swede was not touched that day. He later won the whole show, not at all surprising.

Since that Friday evening yoik was reborn. Well, maybe it was a small part of some music styles even before, but not close to what it became with Jon Henrik Fjällgren.

Jon Henrik was born in 1987 in Colombia and put in an orphan at young age. He got adopted by a Swedish Sami family and the north of Sweden became is new home. He started the art of yoik in his teens but did not enter our TV-screen until his late 20’s.

After his big break in ‘Sweden’s Got Talant’ he participated in Melodifestivalen 3 times. Sadly, he has not had the luck to win the competition yet. The first time he got beat by the Eurovision winner – Måns Zelmerlöw, and his amazing song ‘Heroes’. Second time he got a third placing and the third time a fourth. Many swedes are hoping for a fourth time’s a charm, as it can not get more Swedish than this. How cool would it be to show Europe this amazing yoik?

As many of the celebrities he got to show some other hidden skills in the show ‘Let’s Dance’ in 2018. We all knew he could yoik. And he’s showed us some boxing skills in some music videos, but – wow! – the man can dance as well. He amazed swedes once more and got the jury amazed with them. He stayed to the finally and won even this competition.

This is his second time in Melodifestivalen, together with Aninia. 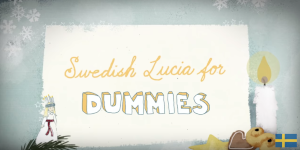 The symbol of Sweden